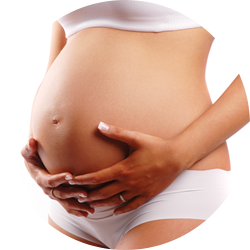 Way back in 1993 people were surprised when I announced that I was pregnant with my third child and even more shocked more than surprised when I decided that this time round I was going to have a baby MY way. My way was a home birth where I could deliver in my own bed, in my own time and have delayed cord clamping, skin to skin contact and no washing of my baby. This seems a resaonable thing to want to do but hell was this difficult as so many people were against it especially in South Africa in the nineties!

I felt confident enough to do a home birth as my first baby born in the UK was a quick natural delivery without any pain relief although it felt impersonal being in a large NHS hospital maternity labour ward. The worst bit was going into labour at lunchtime and being rushed due to the lunchtime change over of shifts which ended up with a probably not really needed episiotomy so the attending midwife could finish the job! Despite having a natural birth in the space of two hours since arriving at the hospital the after effects of that dreaded episiotomy were dreadful I would rather go through 4 labours than ever have that done to me again. My memory of the first month was of being in the most awful discomfort and sitting on a rubber ring, salt baths and ice lollies and they were not for sucking on with my lips at least not my mouth lips lol! The best part was holding my beautiful first born baby girl and that amazing feeling you have after giving birth making all the pain filter way into the distance. Two years later I did it all again and fell pregnant with child no 2, glutton for punishment obviously. I was also in the UK for this pregnancy and delivery and felt a bit braver to stick my neck out and say what I wanted and definitely DID NOT want, top of that list was the dreaded episiotomy! I had another very easy pregnancy and due to the quick first labour booked into a delightful village cottage hospital with an attending midwife for the birth. When I went into labout I took my time and only went into the hospital at the last minute and was still walking around chatting to some of the new Mums in the ward that had their babies before. At 09:45 I thought I had better let the midwife know I felt ready. I went into the labout room where I wasn’t strapped up, allowed to deliver my baby in the position I felt most comfortable in and at 10:15 my second beautiful baby girl was delivered again without pain relief and hooray no episiotomy.

I wasn’t in a rush to fall pregnant again and it was 7 years later that I discovered I was indeed pregnant so in the next few blogs I will write blogs on the pregnancy leading up to my amazing home birth so stay posted……….!

Let’s get you back in those pre-preggy jeans!
Read more →